By: walkersmithcomedy
In: Comedy, Politics

I’ve been told my entire life, usually by Young Republicans with Ron Paul t-shirts on and dark circles under their eyes, that I don’t know anything at all about the world. I don’t think enough about things. I assume too much to be true — specifically that other people are important. Basically just that. They hand me tracts on the importance of markets and pat my hand like a missionary giving a Bible to a young heathen child.
“Atlas Shrugged changed my whole world dude. You don’t even know.”

I never had an interest in reading a huge Chick Tract for libertarianism. Which it always seemed like from the way it got handed out.
But hey, I’m all about trying new things. For the next few months I’ll be reading a few chapters a week and posting about what I read. I don’t know anything about what’s in the plot and I don’t have a whole lot of expectations. So we’ll see how it goes.

Chapter one is not an auspicious start for me. I borrowed the book from a close friend, who got it from a school function for business majors. The whole thing felt a little like Gideons leaving Bibles in hotel night stands.
I would say I was being unfair about all this seeming a little religious, but then I opened the book. In the middle was an order card for information from a variety of organizations and groups related to Ayn Rand’s thoughts.
“Have you accepted Ayn as your personal Lord and Savior?”

The writing wasn’t as bad as I had been lead to believe by raging liberal friends of mine, though it did feel like reading a livejournal entry written by a very sad middle manager in a paper company. Or me in middle school. Eddie Willers, our Aryan narrator and erstwhile company saviour, wonders around with a feeling of nameless dread like a well employed Holden Caufield. Dagny Taggart isn’t a whole lot better, though at least she isn’t as bipolar. She is pole-less, which is kind of a nice change after a chapter of ennui. Seriously, Eddie gets freaked out by a calendar. And while Dagny’s flattened affect is kind of Dexter-licious (the serial killer not the boy scientist with the funny voice) at least I don’t want to shake her and make her take a Wellbutrin.
I shouldn’t be this annoyed after one chapter.

Also, I know this is a novel about noble people trying to nobly save a noble train company, but good lord could I get one locomotive free metaphor? Just one Ayn? Throw me a bone here.
I had a rush of unbidden images of characters consummating their semi-sexual feelings for trains by the middle of the chapter. It was unpleasant in the extreme.

I am not making this up. Try very hard not to imagine anyone in the novel having sex with a train. Do not, at all in any way, especially right now, picture Rand ragesturbating her frustration with American government away to an episode of Thomas the Tank Engine. The result will scar you forever. 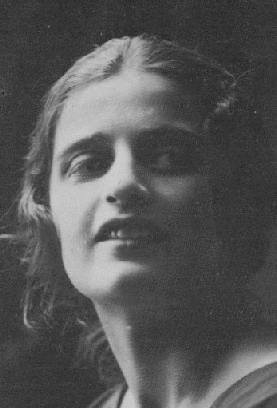 I guess I’ll just have to get used to it. We haven’t even really left the station yet. Goddamnit, now she’s got me doing it.